Mark had never really been all that close to his father. Throughout his childhood, his father was working all the time and never made it to any of his school activities or even his soccer games. He would look to the sidelines with longing, seeing other parents there cheering on their kids and he wished that his father could have made at least one.

Then he went to college, his father left his mother for another woman, and the anger reached a point when he just didn’t want anything to do with him anymore. Through the years, Mark learned to forgive, with the help of his mother’s insistence, and began to open up a new relationship with his father. However, he had never really felt close to his father until his father suffered a heart attack and needed elder care.

Mark’s father lived not far from him –only thirty minutes in the car- but he had no interest in providing any level of regular care to him. He worked full-time and even though he was single, he knew that providing that level of care to his father would take up almost all of his free time and he had a life of his own to live.

So Mark decided to stop by after work one day a week and read of book with his father. To his surprise, his father was excited about this idea and they began to read The Old Man and the Sea by Ernest Hemingway. It was a book that his father had always wanted to read, but had never gotten around to it. Now, with his glaucoma, he couldn’t make out the words on the page anymore.

Mark and his father read the book together, and while they would finish a chapter, his father would begin to recall a memory that he had of Mark as a child. Mark learned that his father had always been proud of him, that he had wanted to be there for him, but working two jobs (which Mark never knew) wouldn’t allow him the time. Mark and his father became closer than ever because they spent some quality time together.

If you have a loved one who could benefit from the help of elder care services in River Oaks, TX contact the caregivers at At Your Side Home Care. We help seniors and their families with many levels of home care service. Call (832) 271-1600 for more information. 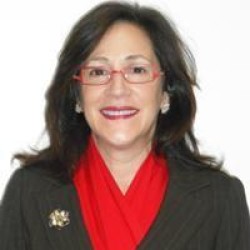 Donna Wrabel, LMSW
Co-Owner at At Your Side Home Care
For most of us, the word "home" evokes warm feelings of comfort, security and well-being. For older adults, home also means holding tight to cherished memories and maintaining self-esteem and independence. When illness, injury or age make life a little more challenging, remaining at home in a comfortable, familiar environment encourages recovery and enhances the quality of life. Home can be defined as a private residence, an independent or assisted living facility or even a short term stay in the hospital, we recognize the additional benefits provided by a personal, professional assistant.

Our Certified Nurse Aides, 24-Hour Live-in Assistants and Home Health Aides are available 24 hours a day, 365 days a year. We also provide the security and confidence of 24-hour Telephone Assistance, so fast, reliable help is always available when it's needed. To learn more about our homecare services see our homecare services page.

Different people need different levels of homecare. To meet the requirements of our clients, At Your Side Homecare maintains consistent staffing levels of caring professionals. Homecare service is available for as little as a few hours a week, or as many as 24 hours a day, seven days a week